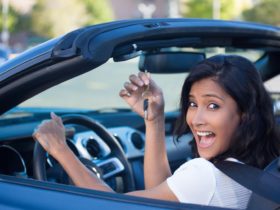 What Are the Pros and Cons of Buying a New Car?

In Sweden, more than 3,500 people volunteered to have electronic RFID chips implanted in their hands

The device which when implanted under the skin between the thumb and the index finger allows them to open doors without keys, to travel on public transport without a ticket and pay for purchases using the hand instead of a credit card or being hacked, which in this case is eliminated.

“It was fun to try something new and learn how it can make life easier in the future,” said project participant Swedish Ulrike Celing. Over the past year, “smart” implant has replaced her wallet and a pass to the fitness club.

The developers believe that the chip is more effective than smartphones, which also began to be used to make purchases.

Swedish Government has invested a lot in technology infrastructure over the past two decades. Swedish economy shows massive digital exports, digital tech innovations and digital services. When it comes to export of digital products, Sweden is at the top spot.