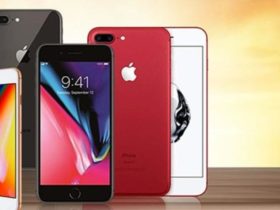 Deals: Woot Discounts Refurbished iPhone 8 and 8 Plus Devices From $200

Many people are still just getting their first Android smartphones and others are leaving other platforms like ios and moving to Android. Whatever the case, we have got you covered. If you are New to Android, we’ll take you through some of the basics of how to navigate and customize your Android smartphone or tablet.

One issue with Android smartphones is that they are manufactured by different manufacturers from Samsung, ONEPLUS Google etc and they make and apply their own skins to their Android devices and this makes it a little different from other devices. Some may even change the way you navigate through the system like how ONEPLUS has implemented swipe gestures instead of buttons for navigation. However, most of what we’ll cover are the features that are similar on all Android devices and should apply to your phone no matter the manufacturer.

The first thing we’ll take a look at is the Home Screen, which is the default screen you see when you are not inside an app. There’s a lot of interesting stuff packed into this one screen, and there’s a lot you can do with it to make yourself more productive using your Samsung Galaxy or your Google Nexus or whichever Android device you own. The first thing you will notice is that the home screen differs from other home screens of other smartphone platforms like IOS and it has a higher degree of freedom to customize it the way you want, to reflect your interests and personal as possible to make you more productive. It is composed of multiple home screens and you can add as much as you want.

The very top of the Home Screen is actually telling you quite a bit about what is going on with your smartphone or tablet. On the right side, it displays information like time, amount of battery left, carrier signal strength, your Wi-Fi connection. The left side of shows notifications from other apps like facebook, whatsapp messages indicating that that app needs your attention etc. Swiping down from the top displays a full view of your notifications.
The Search Bar. Depending on the version of Android your phone runs, the Google Search bar sits at the top, just below the time widget or the last feature down before the navigation buttons. You can get quick access to Google’s voice search by tapping the microphone on the left side of the search bar.

Its the most convenient feature on the home screen and it’s very handy the app dock sits at the bottom of the screen and it holds one row of apps. Depending on your device, the dock can hold up to seven apps. And because they remain present no matter which page of the Home Screen you are on, they make great shortcuts to your most used apps. You can create folders on the dock to give you easy access to even more apps. You can edit app shortcuts on the dock to place your most frequently used apps.

Perhaps the most important icon on the dock is the App Drawer. This special “folder” gives you access to every app you have installed and enabled on your smartphone or tablet sorted in alphabetical order or any way of sorting you chose, The App Drawer is usually depicted by a white circle with six transparent dots lined up in two rows inside.

While some devices have virtual buttons at the bottom of the screen and others have real buttons just below the screen, all Android smartphones and tablets have at least two or three buttons.

The arrow or triangle pointing left is the Back button and it works all around the phone whether inside an app or in the system.
The Home button is usually a circle in the middle. It will take you out of whatever app you have on the screen and back to the Home screen.
The Multitasking button is usually a square. This button brings up all your most recently opened apps, allowing you to either switch between apps very quickly or close an app by tapping the X button in the upper right corner.

There are also two buttons on the side of the device. One short button and one long. The short button is a suspend button. This button can also be used to reboot the device by holding it down for several seconds and choosing “Power off” in the menu. The longer button is the volume rocker

If you hold down the suspend and volume down buttons at the same time, you will capture a photo of the screen.

When you move an app, you can see an outline of where it will be dropped as the app hovers. Dropping the app on the home screen will create a shortcut of the app directly on the home screen. On the home screen, you can further move it to position it where you want. Instead of moving it to a new spot, drop it directly on top of another app to create a new folder. When you hover over the target app, you’ll see a circle appear notifying you that a folder will be created. After you create the folder, tap on it. You will see the two apps inside and “Unnamed Folder” at the bottom. Tap “Unnamed Folder” and type in any name. You can add new apps to the folder the same way you created it: just drag them to the folder and drop them in.

How to Delete an App Icon

You can delete an app icon the same way you move an app. When you are moving an app around the screen, you will see a trash can at the top of the screen which also says “remove” and also an “uninstall” button. If you drop an app icon to this remove section and drop it, the icon will disappear. However, it is important to remember this is just the app’s icon. The app itself is still on your device.

How to Delete the Actual App

Just like deleting an app icon, drop the app on the uninstall button or open the Settings app. (If you can’t find it on your Home Screen, open the App Drawer we discussed in the first section.)
Choose “Apps” from the Settings menu.
This will list out all of the apps on your smartphone or tablet. Tap on the one you want to uninstall.
If you are allowed to uninstall it, you wi
ll have the option on the upper left side of the screen.
You cannot uninstall some of the apps that come with the device, but if you want to make sure they cannot run in the background, you can disable them. The Disable button takes the place of the Uninstall button.
If you are running very low on storage space, deleting the app can actually help speed up your Android device.

Use Google Assistant on Your Android Device

Google assistant is one of the best features on your android phone. If you know how to use it, it will become your best friend. You will be surprised at just how much it can do for you. Right now it’s the best voice assistant available.
You can activate Google assistant by tapping the microphone to the far left of the search bar at the top of the Home Screen. The screen should change to the Google app with an animation indicating your device is listening for your commands. It can also be voice activated. Just say “OK Google” and see the magic happen. You can ask it to create a reminder when your meeting starts. Try “Remind me to take out the trash tomorrow at 10 AM.”
You can also ask for simple things like “Show me a nearby pizza restaurant” or “What’s playing at the movies?”
Set an alarm for 8 AM
What is 52+37?
Calculate tip for $12.32

Google made an update to it which allows it to make calls for you in the background and create appointments and notify you whrn its done. This update is not yet available to consumers but it will soon be.

If Google assistant doesn’t know the answer, she will give you results from the web, so it is just like searching Google. This makes it a great way to do a quick web search without bothering to do things like open a web browser or type in words.

How to Find Discount Auto Parts