Electric cars have become a must-have nowadays. With more and more automakers heading into electric cars, the market is slowly getting congested, .so people get concerned with the brand they head into. with Tesla getting the heat or electric cars now they are having a hard time meeting up with the demands of Tesla vehicles. so unless you willing to wait or at least a year to get your order done some customers will prefer to check other options here are 5 electric cars to get this 2019. 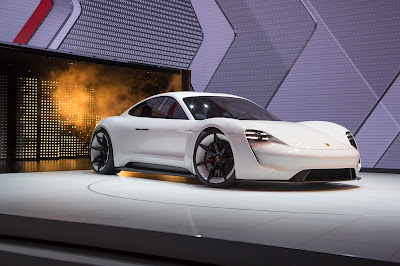 The Mission E is the first all-electric vehicle bearing the Porsche branding. In a slick move to try to keep up with what is believed to be a new Porsche phenomenon, Elon Musk’s crew scooped up the designer that is responsible for the interior of the Mission E. It is estimated that the all-electric car will produce a range of more than 310 miles on a full charge, but that’s not the most impressive aspect of the new Mission E. The acceleration is rumored to be pegged at just 3.5 seconds from 0 to 60 mph. It’s incredible speed and evidence of how far they’ve come in EV technology with regards to performance. The new charging system for the Mission E uses an 800-volt format that gives it an 80% charge in a scant 15 minutes. Porsche plans to produce 20,000 of these units a year 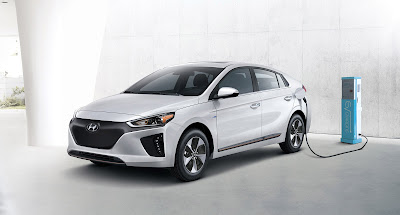 The newest entry in the EV market, the compact Hyundai Ioniq Electric hatchback delivers a useful operating range that makes it practical as a daily driver for most commuters. With 118 horsepower, it’s not the quickest EV on the road, but its 218 pound-feet of instantaneous torque assures quick launches and admirable passing abilities. It’s sufficiently roomy inside and is sleekly styled on the outside. Standard high-tech features include adaptive LED headlamps and full smartphone connectivity, and the car can be fitted with a forward auto-braking system, blind spot monitor, a lane keeping system, and a smart cruise control system that can operate in stop-and-go traffic.
Aston Martin RapidE (2019) 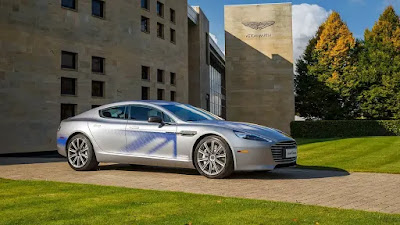 The new Aston Martin RapidE is their version of the all-electric variant of the RapidE luxury Sedan. The company collaborated with LeEco and took investment on the development from a Chinese group of investors associated with Faraday Future to speed the production timeline. There being shy on the details but what we know is that the new RapidE all electric for 2019 will have a 200-mile range with over 800 horsepower and it will sell for $200,000 to $250,000. It will be a luxury vehicle that is rumored to come with the stated price with guesses all the way down to $40,000, but we’re seriously doubting this. 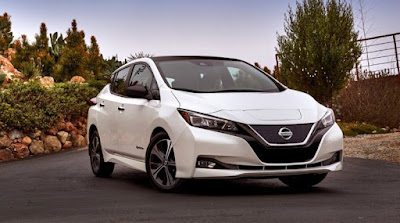 Launched in 2010, the Nissan Leaf is one of the “oldest” EVs on the market. For 2018 Nissan boosted its operating range by about 50%, with added horsepower and a lower sticker price. It’s now up to an eminently practical 151 miles on a charge, with 147 horsepower on tap. New technology available for 2018 includes a full array of accident avoidance systems and the automaker’s ProPILOT Assist system. The latter combines technologies to afford near-autonomous highway driving. The car’s e-Pedal system allows it to be driven in “one pedal” mode, with the Leaf’s regenerative braking amped up to bring the car to a halt under most circumstances just by easing off the accelerator 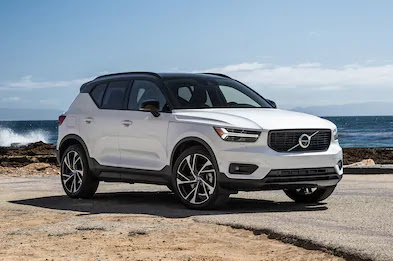 Volvo is throwing its hat into the ring with their first all-electric car for 2019. We’ve been told that the chassis of their smaller SUV will take its inspiration from the new XC40. Volvo’s playing coy with this new line for the brand and they’re not yet releasing any other details so we’ll have to wait until the spycams can pick up a little more info. So this is not yet ready for the road 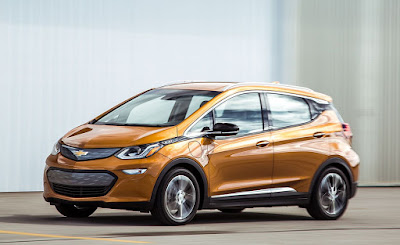 The Chevrolet Bolt EV is the longest-range electric car this side of a Tesla, and it’s much more affordable. It’s a small tall-roofed car with crossover SUV-like styling, and it’s roomier inside than it looks and its hatchback design makes it especially practical. With 200 horsepower, the Bolt EV is sufficiently peppy. Like the Nissan Leaf, the Bolt EV affords one-pedal driving with maximum regenerative braking, though the car can still be driven conventionally according to a motorist’s preference. Its estimated 238-mile operating range should suffice for long daily commutes and weekend day trips alike.