What we learned in Ojjeh trial, which begs question, why did Ojjeh’s investigation end before all evidence was heard during related trials?

The hype of Virtual reality (VR) at CES 2019 is real as we get to see some impressive VR gadgets here at CES 2019. these are the devices that seem to have something good going. 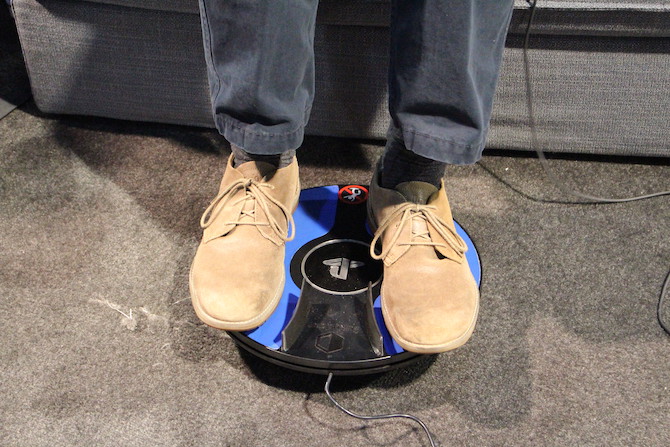 The 3DRudder for PlayStation VR aims to fix the incompleteness of VR by adding feet movement support. It allows players to tilt, spin, or apply pressure with their feet to move around in their favorite PlayStation VR games.

It can be used to move a character around and even control the camera, freeing up the DualShock 4 or PlayStation Move controllers to perform other actions. Its function varies by game, and 20 games are compatible with it at the moment. 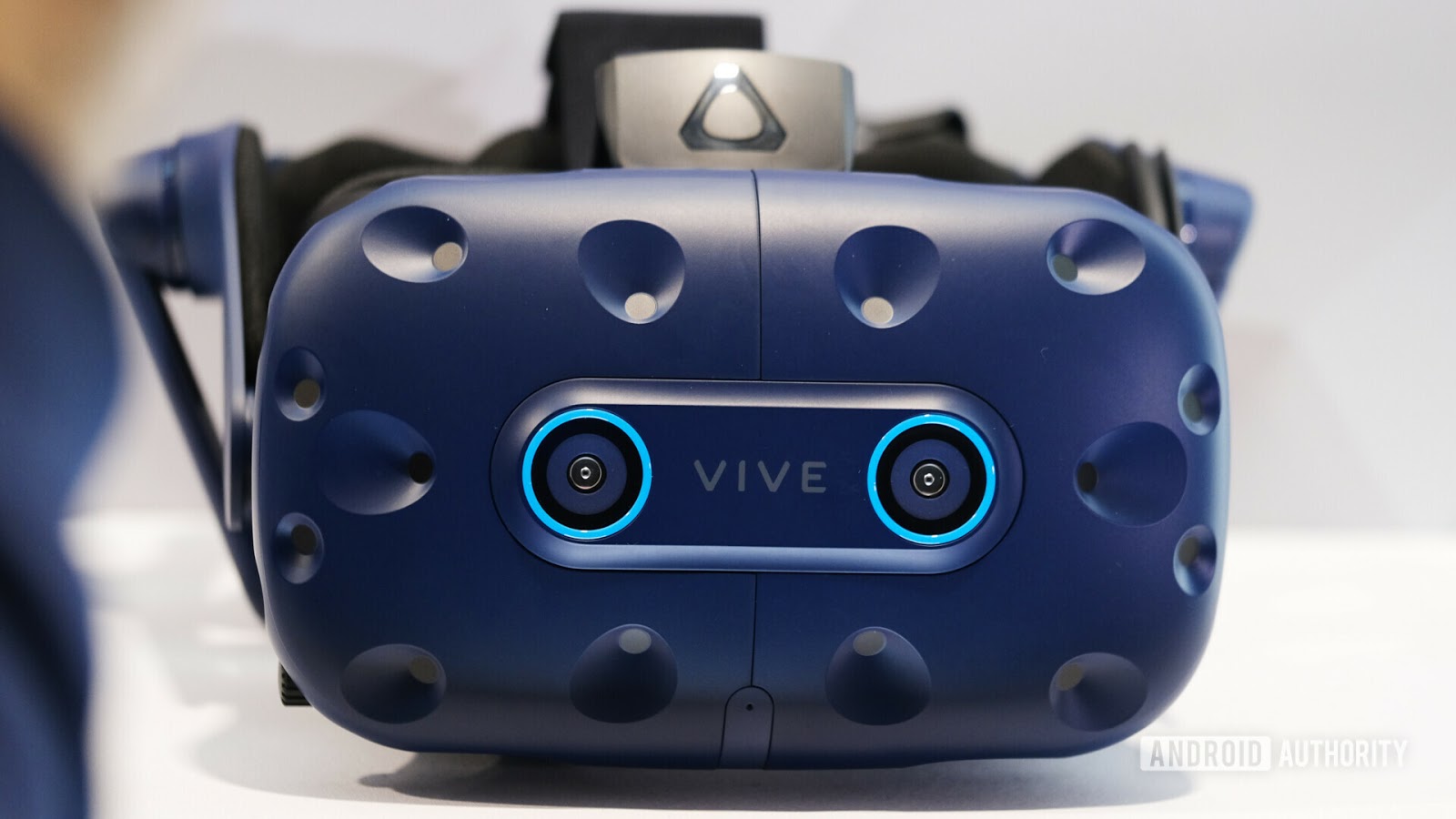 The Vive Pro VR headset at CES 2018 sees the integration of Tobii eye-tracking technology. The Vive Pro Eye offers users the ability to navigate menus and perform many functions using only their gaze to offer an even more immersive virtual reality experience. It’s already been used in applications like Home Run Derby VR by Major League Baseball. 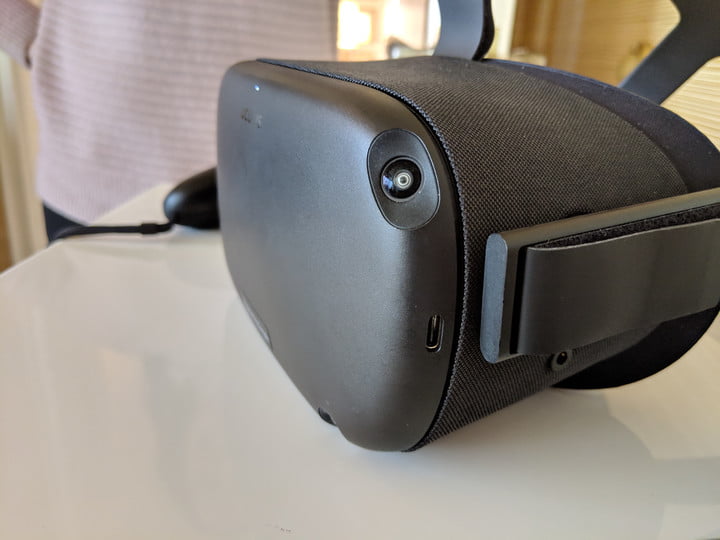 The Oculus which was acquired by Facebook is a pioneer in the VR game. The Rift’s drawback for years has been having it tethered to a pc for it to work. That’s no longer the case with Oculus Quest, an all-in-one gaming headset that is completely wireless, allowing players to enjoy their favorite VR games while on the go. Once you’ve set it up using the Oculus mobile app, the Oculus Quest can track your movements without any external cameras, using only cameras on the front of the headset itself, meaning that you can effectively play anywhere that has room for the headset and two controllers.

As of now, It supports games likeMoss and The Climb. 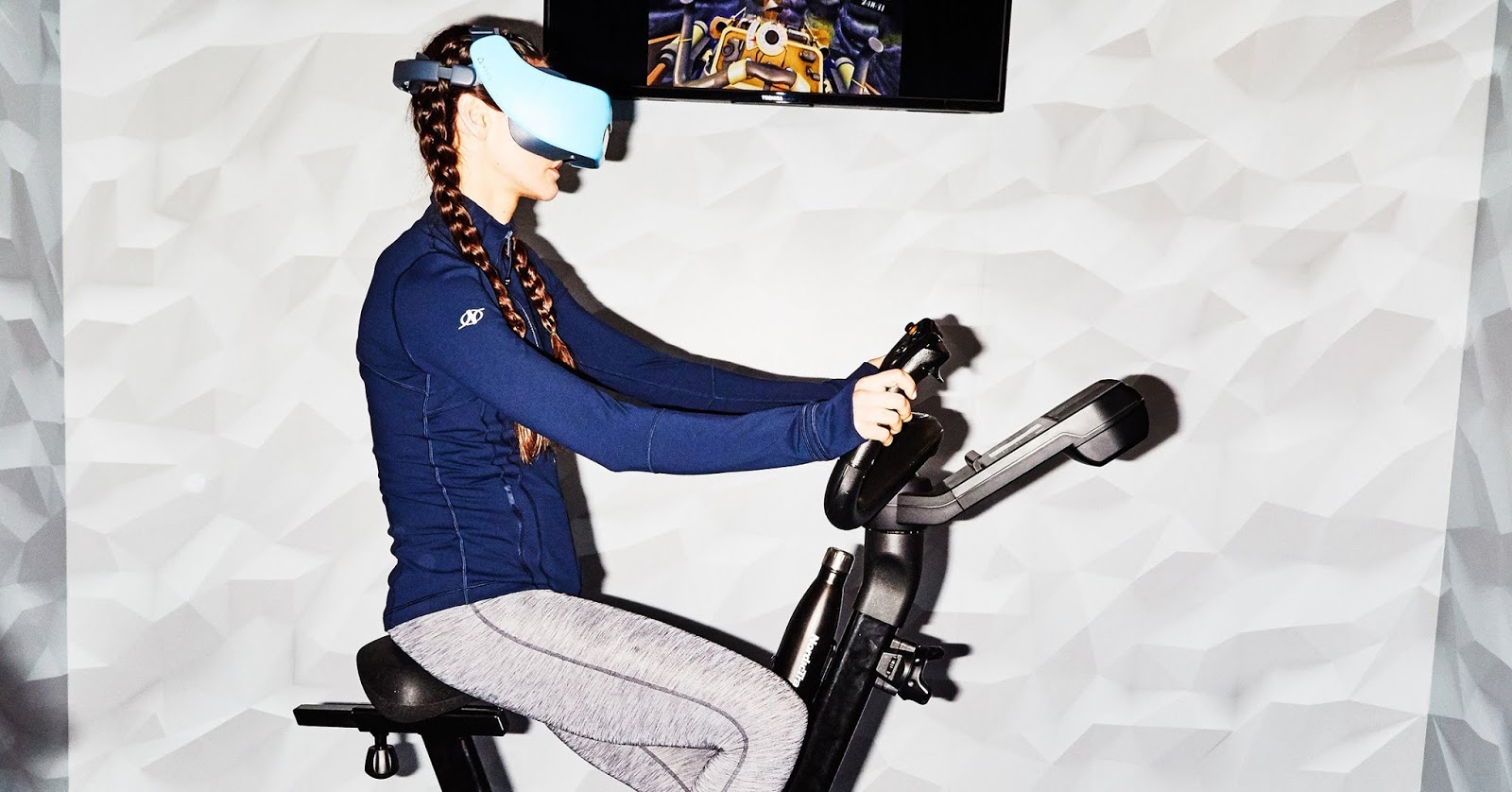 The NordicTrack VR Bike takes home exercise to a whole new level. It uses VR to display routes as you ride. The bike will release this summer for $2,000 and will be bundled with the HTC Vive Focus VR headset and a one-year membership to iFit. Using the headset, you’ll be able to play the games Aeronauts, Bike Messenger, and The Last Rider, all of which were designed specifically for the VR Bike, and the difficulty in games will increase based on how much you exert yourself.

The NordicTrack VR Bike also offers 10 percent inclines and declines to simulate the changing elevation in the games you’re playing, as well as 24 different levels of resistance and 16 different pedal positions. The pedals themselves will also be position-seeking to sync with the gameplay you see in the headset. 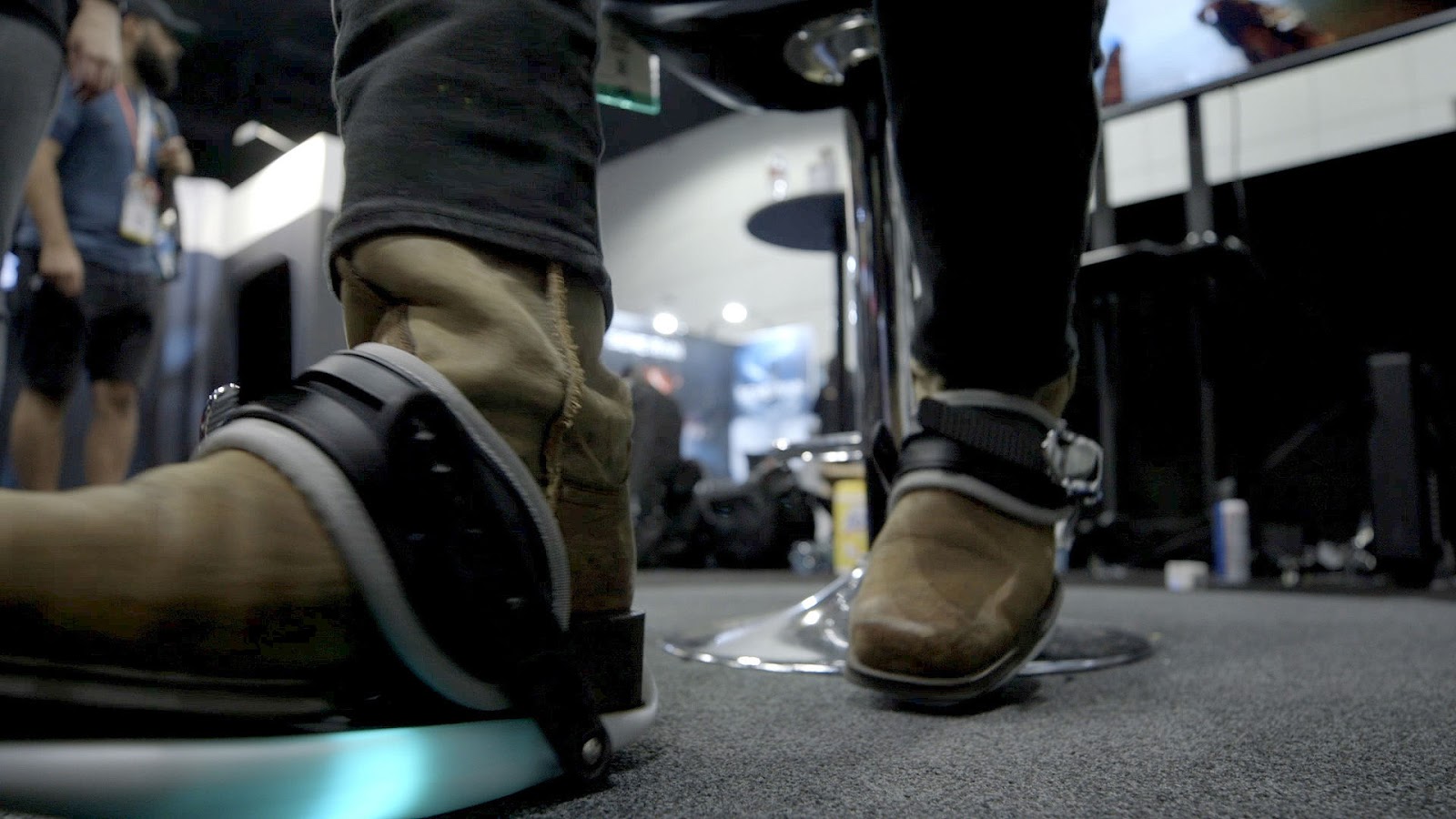 Similar in concept to the 3DRudder for PlayStation VR, but with an even greater focus on one-to-one movement, the Cybershoes act as a supplement for your existing VR setup — and your existing shoes. Slipped over a pair of standard shoes, you sit down on the Cybershoes’ seat and armrest, which can be fully rotated. You walk much like you would in real life, and your movements are transferred into the games you’re playing. Users with limited movement in the real world have the opportunity to move more freely within the games.

The Cybershoes are compatible with the HTC Vive, Oculus Rift, and Microsoft Mixed Reality headsets via Steam. Supported games at the moment include Fallout VR, Doom VFR, Arizona Sunshine, and VRChat, to name a few. The headset will be available on its own, or with a chair and special carpet, but a final release date hasn’t been set just yet.

An all-in-one virtual reality headset aimed at businesses rather than the average consumer, the Pico G2 4K features — as the name would suggest — a 4K resolution on its internal screens, giving users visual quality that we haven’t seen yet from stand-alone headsets. With a “look and choose” control option, you don’t even necessarily need to use a traditional controller to operate it. And with a light design and counter-weighted battery placement, you don’t need to worry about it straining your neck.

The Pico G2 4K also features 4GB of RAM and 32GB of storage space and will be compatible with Pico’s store and Viveport M. A final release date hasn’t been announced yet, but it will be available in the first half of the year.