Intel teams with MediaTek to create 5G modems for PCs 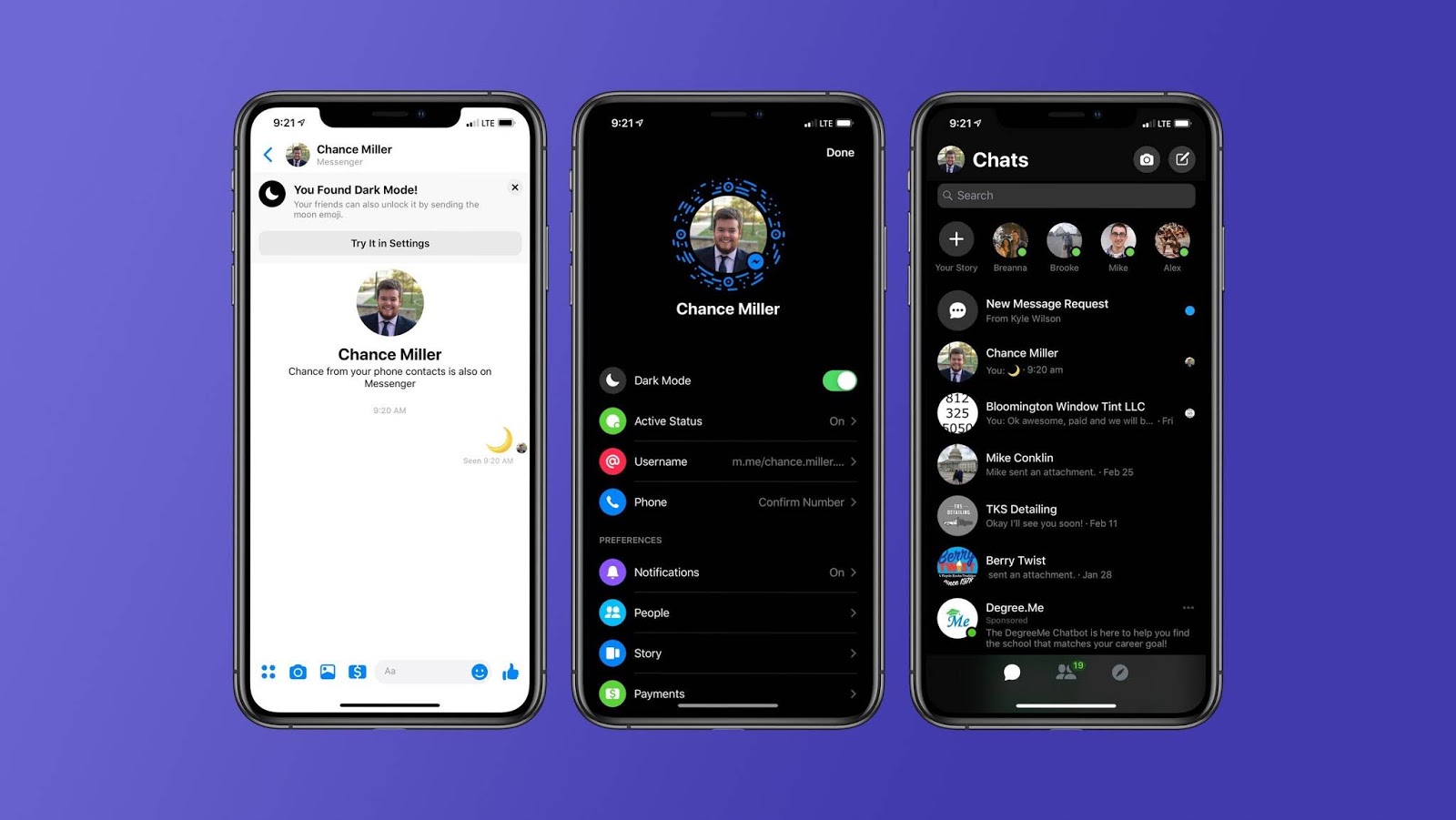 As the dark mode everything phenomenon is catching on right now every app developer, as well as OS, is adding Dark mode to their apps. The latest to jump into the bandwagon is Facebook. Facebook is currently testing a dark interface for the Facebook Messenger app.


Enabling it is very interesting because Facebook has not put an option for you to enable it in the settings section of the app. Its kind of an easter egg in the app for you to discover. it was spotted by a user on Reddit, there’s a hidden way to enable Dark Mode in the Facebook Messenger app. Here’s how to do it.

There’s no setting of any sort for Dark Mode in Messenger by default. Instead, what you have to do is go to a chat thread, and send the person the 🌙 (moon) emoji. You can send it to someone else or directly to yourself.

Once you’ve sent the noon emoji, tap on it in the thread and a message should appear saying that “you found Dark Mode!” If tapping on the emoji doesn’t present such a message, you might have to force quit Facebook Messenger, then tap the emoji again to see the Dark Mode message.


From there, you can head into Facebook Messenger settings and toggle the Dark Mode switch to enable the new interface. Facebook Messenger’s Dark Mode is a true black interface, unlike some dark mode designs that are a dark gray. This means it looks pretty nice on the iPhone X/XS’s OLED display.

Bloomberg reported earlier this year that iOS 13 will add long-awaited support for a system-wide Dark Mode. While macOS Mojave added Dark Mode last year, iOS has been left out. As we inch closer to WWDC and the September public release of iOS 13, however, we should expect to see even more apps start testing Dark Mode.