What we learned in Ojjeh trial, which begs question, why did Ojjeh’s investigation end before all evidence was heard during related trials? 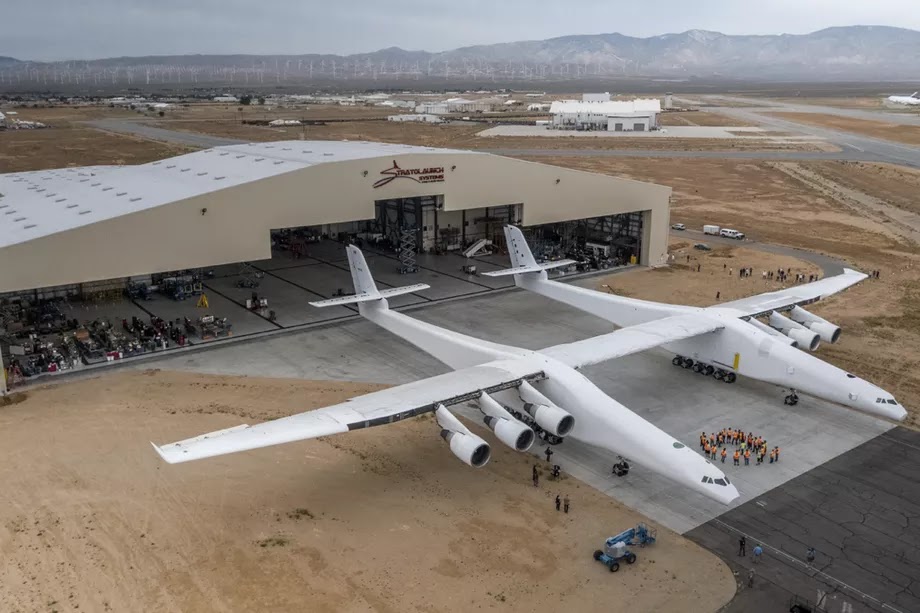 The world’s largest airplane took flight for the first time ever on Saturday morning. Built by rocket launch company Stratolaunch.

Basically, Stratolaunch aircraft is a giant flying launch pad, designed to hurtle satellites into low Earth orbit. It aims to offer the military, private companies and even NASA itself a more economical way to get into space.

“Whatever the payload, whatever the orbit, getting your satellite into space will soon be as easy as booking an airline flight,” said CEO Jean Floyd in 2018.

The aircraft’s wingspan measures 385 feet — wider than any airplane on the planet. From tip to tail, it’s 238 feet long. It weighs half a million pounds. It’s so big, it has two cockpits, one in each fuselage (but only one is used to fly the plane.)

The inaugural flight is expected to last a few hours. The dual-fuselage Stratolaunch is designed to fly to an altitude of 35,000 feet, where it can drop rockets that ignite their engines and boost themselves into orbit around the planet.

There is no rocket on this particular flight. But the company has already signed at least one customer, Northrop Grumman, which plans to use Stratolaunch to send its Pegasus XL rocket into space.

Originally, the company had planned to build a whole suite of rockets, including a spaceplane. The change in plans was reportedly sparked by the death of Microsoft co-founder Paul Allen, who started Stratolaunch in 2011.