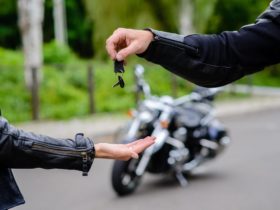 Time to Hit the Road: 4 Things to Consider When Buying a Motorcycle from a dealer

CEO David Mandelbrot of crowdfunding site Indiegogo has stepped down as CEO. Mandelbrot cites that he is stepping down as President and CEO of Indiegogo for “personal reasons” in his farewell LinkedIn post “Time To Move On”. Sources say the firm additionally laid off some employees before the move.
In the article published on May 21, Mandelbrot was excited to report that Andy Yang will take over from him as the new CEO of Indiegogo.
“I am truly excited to see Andy lead Indiegogo into the next chapter. Andy brings close to 20 years of experience in the tech industry, most recently leading core product at Reddit, and before that as the CEO at 500px which created a marketplace for independent photographers,” the article reads.
“I’m thrilled to take over the CEO reins from Dave and enable the company to further achieve its mission,” Mandelbrot quoted Yang as saying.

Indiegogo has raised more than $1.7 billion dollars from backers all over the world to help entrepreneurs, innovators, creators, and others. These fundings have seen the fruition of innovative products like electric bikes, headphones, smart watches, beehives and more. Mate X, a foldable electric bike is one of the most successful entrepreneur ever on Indiegogo, raising over $24 million on the platform

Indiegogo’s main competition is the better-known crowdfunding platform Kickstarter. Both platforms have struggled with disappointed and upset consumers since the projects they may have funded are often delayed if they ship at all. In an effort to combat this ineffectiveness, Indiegogo would be launching multiple campaigns with a “guaranteed delivery badge:” either you’d get the product you backed or all your money back.