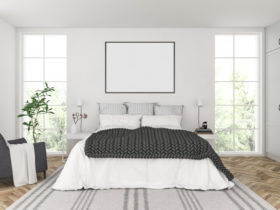 Intel today Tuesday 28 unveiled their 10th generation processors. Code-named Ice Lake, the processors promise an improvement of up to 2.5 times that of its previous 8th-gen Whiskey Lake processor. Not just in performance but in graphics and battery performance and other very enticing aspects of the new and shiny processors.
The new Ice lake processor family includes Core i3, Core i5, and Core i7 models in either 9-watt, 15-watt, or 28-watt configurations. The processor scales up to four cores and eight threads and up to 4.1GHz
It came just in time to take root into Intel project Athena laptops announces a couple of weeks ago. Thes laptops promise windows devices with battery life capacities to rival apple flagship laptops in terms of battery life.
In addition to mindblowing fast wifi speed with wifi 6, Thunderbolt 3, improved graphics, the 10th generation Intel processors promise excellent battery life.
Intel has turned to IA as a way to manage battery consumption for these CPUs. Intel showed a few demonstrations on how A.I. can be used to improve battery life as well as get work done faster.
Intel is not the first to try to improve battery life with AI. Huawei took this same route with its Neural Processing Unit (NPU) on its Kirin system-on-chip (SoC) design.
Intel uses machine learning algorithms to optimize within PL2 and PL4 the thermal envelopes, the behavior of the processor system for the best performance and responsiveness to workload. The AI algorithms are meant to provide a personalized performance profile for every user. So every user is going to see the best performance of their system based on how they’re using it.”
A.I. can be used to detect if you’re looking at the display. If you are, the system can give you full power. If the system senses you’re not there, it can dim the screen. It also used AI to remove background noise to allow for clearer audio in Skype calls.
In devices with cameras, A.I. can also be used to remove blur in a photo caused by shaking hands when using the camera, annotating large numbers of photos in an image library, and applying
A high throughput A.I. mode is also available on the processor which allows AI workloads on the graphics engine, and another low power accelerator mode referred to as the Gaussian Neural Acceleration which uses A.I. to run in a very low power state.
Intel showed a demo where the graphics can be turned off during a meeting for long-running tasks, like transcriptions of audio in the background.
We are excitedly looking forward to taking a look at the processor performance in real life use. Intel says its 10th Gen Core processors are shipping now and that laptops featuring Ice Lake chips will be available in time for 2019 holiday shopping. More than 30 designs featuring Ice Lake processors are coming to the market, according to Intel.