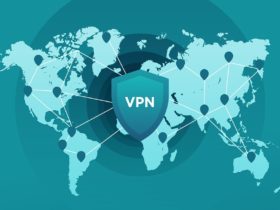 Basics of a VPN: What it is, How it Operates, and Why Use It?

Uber has been hit by major hard times since its IPO in May. It has reported major loses and its share value plummeted. Uber ended its first day of trading down more than 7%. Uber reported that the company lost a whopping $5.2 billion in the second quarter of 2019 but that may not be such a bad thing.

Uber offered 180 million shares to investors through its IPO at $45 per share, collectively logging $618 million in paper losses. It’s the worst dollar losses for a U.S. IPO since 1975, Fortune.

Why did Uber loose so much money

Uber is not yet profitable but based on its business model it shouldn’t. It doesn’t really make sense from that stand point. Here is a simplified version of Uber’s business model.

The Uber Business Model in a Nutshell:

Uber is a broker, an intermediary bringing together service providers in this case taxi owners and customers and both parties pay a small fee for using the platform.

The Taxi Driver – Anyone with a driving license and a car can apply to be an Uber driver in any Uber covered cities. After screening, the driver is enlisted in the Uber system

The Passenger – Registered Uber users download the Uber app to their phones and if they need a taxi, they call a taxi via the Uber app. They can also track the taxi on their phone as it approaches. This service is convenient for the passengers, provides them relatively low cost comfortable service.

Fare and Payment – Uber set the taxi fares. Premium fare during peak hours and flat rate for off peak hours. The fare is based on car type, distance and peak hour.

Dividing the Profits – Uber charges a down fee from the user and cuts a percentage of the taxi fare from the diver.

Future Growth – At present, Uber doesn’t own any taxi and because of that Uber can show a higher amount of its earnings as profits. Unlike scooter ride sharing company Bird which actually buys scooters for its rideshare services, Uber on the other hand as of now doesn’t own any taxis. Money doesn’t go into buying new cars and uncertainties like whether a car will be able to make enough rides to recoup its cost and actually make a profit before its end of life doesn’t arise. The business model makes for a very profitable economics, but why the 5 billion in losses?

Lyft is another ridesharing service which is Uber’s biggest US competitor. The competition between them is fierce. However, for Uber to dominate the market, they have to plan ahead and put structures in place which will help them standout in the long run.

Most of the losses registered by Uber went into investments, research and bonuses for drivers. To make the platform more convenient and enticing for both customers and drivers

These were planned strategies Uber is putting in place so most of the losses were expected. Here are the costs that led to Uber’s massive loss in the second quarter:

This was, by far, the largest factor in Uber’s loss. The company’s income statement included $3.9 billion of such expenses, nearly all of it related to its IPO in May. Uber had handed out restricted shares that vested when it completed its offering; the value of those shares comprised $3.6 billion of its total stock-based compensation expense for the quarter.

In the next quarter, Uber expects its stock-based-compensation charges to fall dramatically.

The driver-appreciation reward cost Uber $299 million. Uber also spent heavily on driver rewards connected to its IPO. The company spent $299 million in another onetime charge for those driver payments.

Research and development was Uber’s biggest operating expense on its income statement. But much of that expense — $2.6 billion of the $3.1 billion total

Uber is investing heavily on new technology that would give them an edge like self-driving cars, e-bikes and flying Taxis.

If the development of these technologies, are successful, Uber would have to start acquiring thee self-driving cars, e–bikes and flying cars. That would require a huge capital investment and and would also introduce the uncertainties of whether a car will yield its cost and actually make a profit before its end of life.

This may not be much of an uncertainty at all if Elon Musk is remotely right. Musk and Tesla on autonomy day a few months ago speculated that a tesla vehicle in the Tesla robotaxi network will generate ~$30,000 a year for Tesla owners?  medium

If the profit margin is anywhere near 30000 a year then buying the self-driving cars would be good for Uber. Moreover, they would not have to share profits with drivers in this case

Uber jut went ahead and spent money it didn’t yet have. The fact that they felt comfortable spending up to 5 billion dollars they don’t yet have shown the high degree of confidence in the structures they are putting in place.

All that money was actually spent on investments which reflected as debits in their accounts. It wasn’t actual losses. If these investments payoff, boy

Buying Uber stocks right now may be worth it.

Videos that are forgotten cannot be published on YouTube

You Can Now Remove Followers on Twitter Without Soft Blocking Them

Instagram Testing Feature to Alert Users When It Goes Down