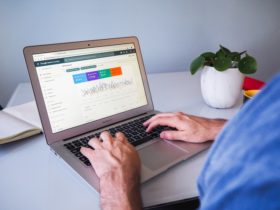 How to Approach Keyword Research?

Facebook has been in a seemingly unending state of distrust and seems to be plagued with problems. the latest in the list of problems is Facebook’s Libra digital currency which facebooks is gearing up to release. Not in Europe, for now, because.
France says she does not want facebook’s libra in Europe and plans to block the development of Facebook’s Libra digital currency in Europe because it threatens the “monetary sovereignty” of governments.
Speaking in a meeting of the Organisation for Economic Co-operation and Development, in Paris, Mr. Le Maire – The French Finance Minister said “Libra posed financial risks and could be open to abuse” and.
“This eventual privatization of money contains risks of abuse of dominant position, risks to sovereignty and risks for consumers and for companies”
And more from Mr. Le Maire “Libra also represents a systemic risk from the moment when you have two billion users. Any breakdown in the functioning of this currency, in the management of its reserves, could create considerable financial disruption,”
“All these concerns about Libra are serious. I, therefore, want to say with plenty of clarity: in these conditions, we cannot authorize the development of Libra on European soil.”
The European Commission did respond to Mr. Le Maire saying it will look at Libra to understand issues ranging from tax concerns to worries over data privacy.
Dante Disparte, head of policy at Facebook’s Libra Association  did respond and said “We recognize that blockchain is an emerging technology and that policymakers must carefully consider how its applications fit into their financial system policies,”
source: BBC