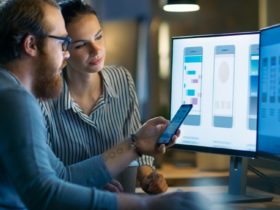 How do I register on the Olymp Trade platform?

Huawei is set to launch the updated models of its Mate 30 range scheduled for September 19th. The details about the phone seemed to be well guarded until now. A bunch of photos of the entire mate 30 line up has leaked online.
The photos come cutesy of famous leak star Evan Blass via The Verge. The leak includes images of the four upcoming models of the Huawei Mate 30 devices. There’s the top-end Mate 30 Pro, the regular Mate 30, the Mate 30 Lite and the Mate 30 Porsche Design. The Mate 30 Pro and the Mate 30 will reportedly be powered by the new Kirin 990 SoC chip, which has 5G support so it’s likely these will be 5G devices.

The Mate 30 Pro sports a pretty large rear quad camera module. Its display is a notched waterfall design display which curves and extends to the sides very extensively.

The Mate 30 Porsche Design will be a variant of the Pro that comes in a striking red or black color scheme with what looks like leather on the back. It sports a pretty large rear quad camera module which blends more into the overall design of the phone unlike the iPhone 11 which stands out

As for the regular Mate 30, it looks similar to the Pro but its notch is much smaller than in the iPhone for instance and doesn’t have the waterfall display. There’s no image of the back of the Mate 30 so we don’t yet know whether it will have the same distinctive camera module.

The Lite mid-range model is believed to use the Kirin 810 chip and looks rather different from the Mate and the Pro, with a punch-hole camera cutout at the front and curved glass at the back framing a square rear camera cutout.
Tags: Huawei