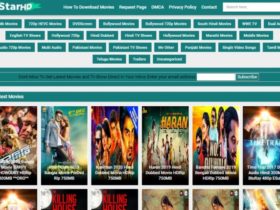 Are you thinking about how to make a music video? Well, more power to you, it’s not an easy thing to do.

A music video is a great way to promote your music, as well as provide a visual perspective to the message and emotion that you are trying to deliver. That’s very valuable.

In this article, we will cover how you can start to make your own video. So if you keep reading, you will be able to start in no time.

Learn how to choose the right song, casting the crew and getting gear, planning the shoot, and much more.

It might seem like a great idea to make a music video for your upcoming single, it might not be the best idea in reality. You should consider some very important factors before you choose the song for the video, such as:

Now let’s actually elaborate on each of those.

For instance, it takes much longer than you think to shoot, edit, and develop a music video. If the song is 4 minutes, your “new” song might already come out before you publish the video.

Consider choosing a song that has performed well or use something that is not on the brink of being published.

Furthermore, in the days of internet use, any track from an album is a single. You can pick a track that you think will do with the video and use that instead, regardless of being planned for a single or not.

Next, you need to consider that large teams don’t result in great projects. For each minute of the video, it can take anywhere from 2 to 12 hours of shooting, editing, and compiling. The longer you take, the more risk is involved.

Also, if your music does not inspire the people involved, you might as well look elsewhere. Music videos are expressions of creation. Even the best filmmakers who hate your music won’t be able to create something meaningful.

Don’t assume that using other people’s music for video is ok. Always confirm the paperwork and see if you need to legalize your production.

No matter how simple or difficult your shoot is, you need a team. If you have one, everyone must be clear about what their objective is. Here are some of the roles that need to be fulfilled:

As the team is built up, you need to respect their needs. If you are shooting for long periods of time, consider food. Allow individuals to take breaks.

You want to find a team that already has the necessary gear. If you have to get gear on your own, you will need to get only that what fits your budget. Even though prices are better now, buying equipment will set you back a lot.

Renting gear is the best option. Many places have arts programs that have even lower rates.

Wasted time equals wasted money. Most film teams who are hanging out instead of working are simply responding to the non-existence of a plan. Take some time and think about the filming process.

You should build storyboards for each shot. You don’t want to miss anything. Feel free to use templates to find something relatable.

After building the storyboard, make a list of gear and casting you to need for each scene. If your part of the band, you are probably in the shots as well. Those shooting the video will be making the suggestions, but don’t be afraid to change the course of the event if the plan is not followed.

If you hired a director, you will need to brief them on the story. The director will handle the project per your vision.

How to Make A Music Video?

The most practical and result-oriented step towards how to make a music video is filming. On the shooting day, stick to the plan. Keep a record of shots already made.

Allow lots of time for shooting. Even though a finished scene might take 20 seconds, it can take several hours to set up and actually film. Don’t get overburdened with getting ideal shots.

Ideally, you need to have several good shots of each scene. You can never have enough footage, and a re-take can help you recover your entire project when you missed something. While it’s not a good idea to move from the plan, some extra things can help the crew add more oomph to the footage.

It can also be useful to capture sounds from the atmosphere of the location and then add it to the published single versions. To take out the audio from the video, you need to learn how to convert video to audio.

For instance, if you have several cameras, ask the idling people to keep shooting from other angles. This technique allows you to get golden footage you would have otherwise missed.

How many music videos you’ve seen that have the band playing at a club with the audience jumping and that’s about it? That’s unoriginal and overused. It’s not creative.

Think outside of the box. Attempting Hollywood movies on a shoestring budget is possible, but not resultative. A strong approach originally will allow you to connect your message with thousands who respect your uniqueness.

Don’t overdo creativity either. Well-executed ideas are always better than overwhelming and complex poorly-delivered ones.

Now that you know how to make a music video, get your team and get your gear, get out there and film. The best videos come from planning, collaboration, and practice. So don’t hesitate to make mistakes before you get it.

If you’d like to learn more about creativity, check out some recommended articles on the sidebar.

How was the bunch test experience