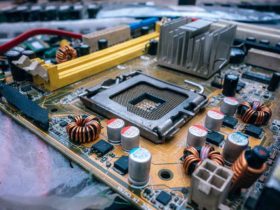 Many CSGO accounts help in enhancing the game skills of a player. There are two main types of CSGO accounts, i.e., prime and non-prime accounts.

CSGO accounts also depend upon the ranking of the player. The ranking system of CSGO is legitimate and is based on the experience of the player. This sets players at different levels of hierarchy ranging from 0 to 40. After reaching level 40, one can redeem their service medal using their CSGO medal account. After this, the player can start playing for a private rank.

Valve introduced prime accounts to experiment with the games’ matchmaking system. Introduced in 2016, it has been an active part since then. Any prime player can only play with another prime player. Thus they will get the same level as an opponent with a similar ranking. They will be able to play with players who have invested their time and money into the game. 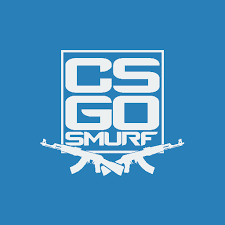 CSGO smurf accounts are used with the objective of casual surfing in the game. They also help boost ranks of inexperienced players, and with practice, they can also increase their competency. There are two variants of a smurf account, coin and medal smurf accounts. These are different from prime accounts and are largely influenced by external forces and are subject to cheating. These can be considered cheat codes that players use for improving their performance in the long run.

The main account of the players in CSGO refers to the original account. The smurf account is a secondary account that enables the player to play in the lower ranks for simple fun. Many players entering this arena opt to buy a CSGO smurf account.

Prime matchmaking account is considered to have been born recently. These are usually linked with the account holder’s phone number. This leads to creating a link between the account holder’s phone number and all the trading, steam guard, etc. this also means that the match-making process will put two equally ranked prime players with each other. The main objective of this is to stop hackers from hacking the main or even the smurf account.

CSGO Medal accounts have variations available regarding the modifications that have happened during 2015-2020. 2020 service medal is the newest addition to the collection.

Service medals allow the user to gain a competitive edge over other players and the difficulty level increases as one moves ahead in-game. Service Medal Accounts also go by the name CSGO Mid Tier Accounts. Service medal accounts sometimes come with offers of collectable items such as badges and coins.

On the other hand, the coin accounts provide a thrilling experience and aids one to move ahead in the competition. Coin accounts have the following provisions — Gold Operation Wildfire Coin, Gold Operation Bloodhound Coin, CSGO 5-10 Years Coins, etc. All these have various but essential functions that define the gamers’ great experience.

These Are the Essential Drummer Accessories You Need