2 Ways Tech Can Enhance Your Business

As brand new cars turn into more of a luxury than a necessity, the demand for used cars is on the rise. This is mainly because of how affordable used cars are compared to new ones. Many dealerships now prefer to import used cars as the pre-owned car market shows a promising future.

The Global used car market in a nutshell

Globally the pre-owned car market is gaining so much traction that it’s turning into a massive industry of its own. Surveys state that people prefer to buy a car through a used car dealer when it’s their second or third time buying a car. Especially for the business that needs trucks, second-hand trucks will bring more cost savings than new trucks.

Currently, there are two major ways of obtaining a pre-owned car. One is to import used cars, and the other is to scout one locally. Many however opt to import used cars as many countries offer second-hand cars in pristine conditions.

In recent years China has become one of the largest contributors to the market. The reason for this is because of its massive population and vehicle usage. This allows the pre-owned car industry in China to supply used trucks and cars in abundance to satisfy both the global and local demand.

Now that we have an idea about used cars and its industry, importing one might seem like a good idea. But just like most second-hand items, there’s a certain amount of risk involved in buying and importing used cars.

However, most used car dealers from China know about these risks and concerns, allowing them to minimize them. This leads to some benefits that only importing second-hand cars from china will provide. 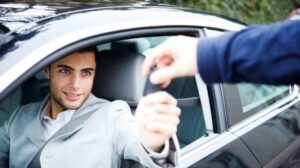 The used trucks and cars imported from china come with some of the lowest prices out there. Prices range from supplier to supplier in China, but there’s no doubt that none of the competing nations can match the prices put forward by the Chinese supply chain as a whole.

The primary reason for the low costs is because the prices of brand new cars, especially passenger cars, are less than many other countries. This directly impacts the second-hand selling value of a car.

2.  A variety of types available

The brands found in China are broadly divided into 2 major groups: Foreign brands (ex-Ford, Audi, Toyota, Honda) and Local/Chinese brands (ex- Changan, BYD, Haval). Some foreign brands are manufactured by joint ventures as well. All these brands and types once used are pushed towards the second-hand car market.

Therefore, for anyone looking to import used cars, the Chinese pre-owned vehicle market would be somewhat of a buffet.

The condition of a pre-owned car in China is close to that of a brand new one. This can be credited to the prevailing culture. Most people in China tend to maintain and look after the products they use, and vehicles are no exception.

This results in a collection of used cars in near pristine conditions.

Customs clearance is a big concern for anyone looking to import used cars. However, China is currently a global manufacturing giant. Nearly all countries import products from China that range from headphones to heavy machinery. Because of this recognition, importing from China will cause you less trouble than importing from another country.

Many suppliers provide substantial support when you undergo the process to import used cars. Again, because of how big the production and export industry in China is, securing a healthy import to your location will be little to no problem.

These are a few benefits if you were to import used cars from China. However, it’s always best to do your research on the suppliers before importing. A verified supplier, such as Global-Ucar, would be your go-to company to get all the benefits mentioned above and more. 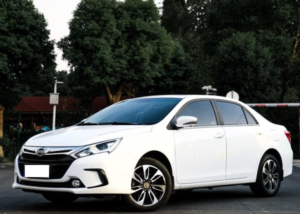 China offers a few unique benefits that many other countries do not. If you need to import used cars for your business or yourself. Partnering up with a huge supplier like Global-Ucar is your best bet to reap these benefits. Further, Global-Ucar has got years of experience to back up its company’s history, which adds to its credibility.

The Global-Ucar is proficient in the import and export customs clearance procedures of different countries. Therefore, you don’t have to worry about these complicated procedures when you cooperate with them, because they will provide you with one-stop service. Besides, they also have sufficient inventory of used cars all over the world, which means that there is no delay to the delivery. The best thing about the Global-Ucar is that they support the individual import of used trucks. If you want a truck to start your business, you don’t want to miss it!

The nature of the weather is changing, this time the monsoon will completely leave Bengal

Questions you should ask while taking pest control services in Sharjah