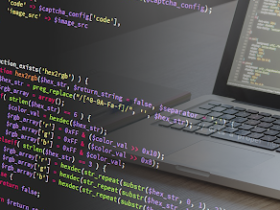 Thunderstorms happen all around the globe. They are usually a reaction to intense heat. As the humidity builds it ultimately leads to a need to release the tension in the atmosphere. This results in strong updrafts as warm air is trapped by the cooler air above it. The warm air condenses, creating rain. Some of the water droplets continue to rise into the cooler air. They then freeze and fall toward the earth as hail. As they fall they rub against other ice particles and create a negative charge.

When the charge is strong enough a flash of lightning will appear. The accompanying thunder is caused by the rapid expansion of the air as it is heated.

Thunderstorms are most common on the northwest coast of Australia but everyone should be aware of the most common electrical issues in order to take precautions.

You should note, if your house is struck by lightning it is advisable to get a qualified Sydney electrician to check all your systems afterward. While some damage is visible, there are plenty of items that can be damaged without you realizing it. An electrician will spot these issues and help you to rectify them.

The grid usually supplies you with power and this is carefully regulated to ensure the supply level is consistent. This is important as most electrical items only work within a small power range. If the level shots outside the range, even for a fraction of a second, it can blow capacitors and resistors in the appliance, rendering it inoperable.

In some cases, it can even cause a fire inside the appliance.

The best way to avoid this is to unplug appliances that aren’t being used or needed. You can do this all the time to make a small saving on your energy bill. But, it is especially important when there is a storm.

This is less common but still something to be aware of. The power behind the sudden occurrence of lightning and even thunder creates a shock wave that is capable of shattering a variety of things, including glass and even the foundations of a building. It all depends on how powerful the shockwave is and how close you are to its source.

If you experience shattered glass in a storm it is worth having your foundations and structure checked.

If you happen to be near an electrical socket, metal object, or holding an appliance that is plugged in when the lightning strikes, there is a high probability that the electrical charge will pass into your body.

In other words, you’ll get a nasty electrical shock. This can be enough to kill you or give you permanent nerve damage. Equally, it can just be unpleasant and not an experience to repeat.

It’s best to avoid using electronics during a storm if possible. You should also consider fitting a lightning conductor to your home, especially if you live in an area prone to storms. This will attract the lightning and send it straight to the earth, reducing the risk of damage to your home and electrical appliances.

How to Learn Proper Handgun Safety

How To Start A Blog: The Step By Step Guide