Should I Move From New York to Los Angeles?

The improvements to be found in the QC 45 (which, at $329.99, costs $20 less than its predecessor) are incremental, but they add up. And while I wouldn’t say the changes are big enough for owners of the QC 35 to trade up, anyone else craving high-quality audio reproduction, plus significant relief from the world’s noisy distractions, should be comparing the QC 45 to the usual suspects, including the $350 Sony WH-1000XM4. We’re talking a fight to the finish here.

This review is part of TechHive’s coverage of the best noise-cancelling headphones, where you’ll find reviews of the competition’s offerings, plus a buyer’s guide to the features you should consider when shopping for this type of product. 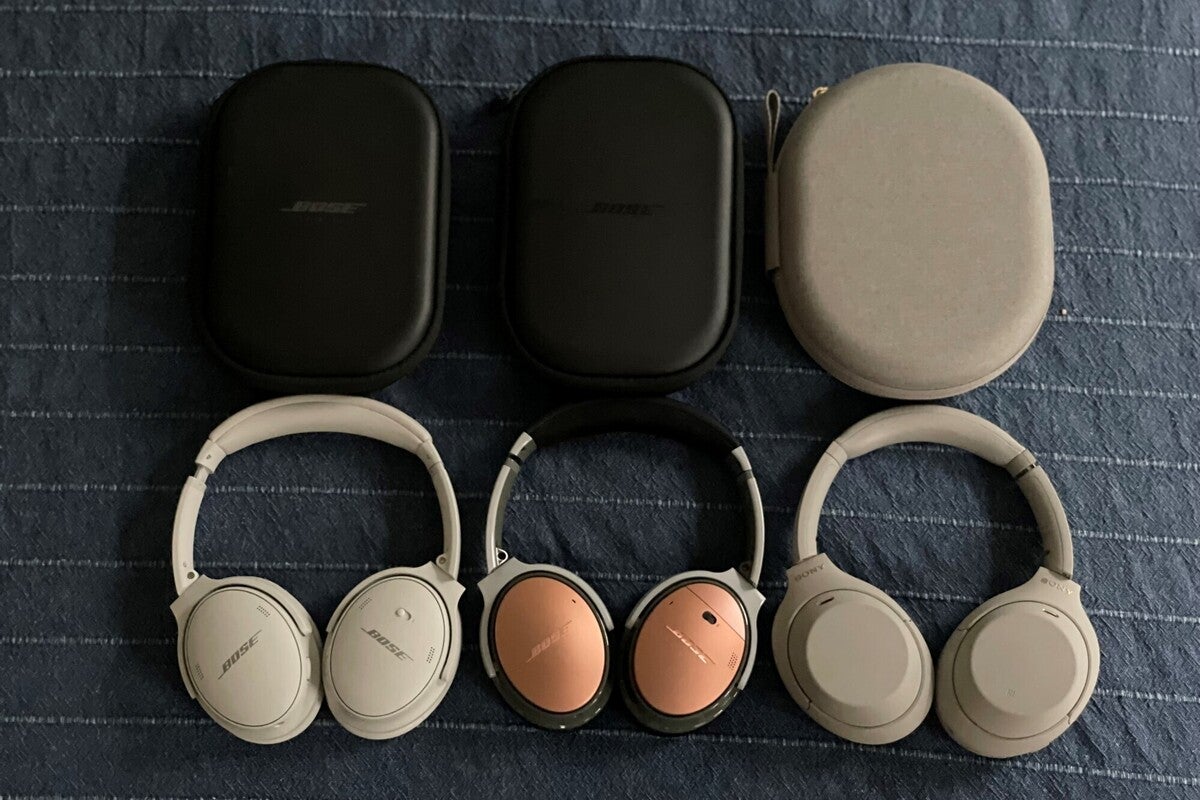 The best news is that Bose hasn’t felt compelled to change what was right about the QC 35 II that preceded this new headphone. Multi-point connection via Bluetooth 5.1 means you can have two connected iOS or Android devices—a phone and a tablet, for instance—connected simultaneously. If a call comes in while you’re watching a movie on the tablet, the headphones will switch sources to pick up the call and automatically switch back to the movie soundtrack when the call ends. And Bose SimpleSynch works through the Bose Music app to pair the QC 45 with compatible Bose Soundbars. Once paired, the soundbar will mute and divert its audio feed to the headphone.

That signature Bose sound, tuned for long-term easy listening and use, remains an essential part of the Quiet Comfort package. For sure, there’s not much to fuss with here. Automatic equalization circuitry adjusts the tonal balance to the chosen volume level. If not to your liking, EQ adjustments are only possible through your smart phone or tablet’s sound or music settings.

What’s the reward for leaving well enough alone? The QC45 serve up a consistently pleasing, well-tempered sound, with moderately articulate (never excessive) bass response, a natural mid-range presence, and a clean, gently rounded-off top end. While certainly less bright and splashy sounding than Sony’s high-end offering (a characteristic that draws many folks to that brand), the Bose QC 45 allow me to listen for very long stretches and at reasonably loud volume without getting itchy ears (my first sign of impending ear fatigue).

I gave these phones a good test with repeated listens to Tedeschi Trucks Band’s Layla Revisited (Live at LOCKN’), a gorgeous new concert album remake of Derek and the Dominos’ double-disc Layla and Other Assorted Love Songs. Sometimes as many as four guitarists are jamming away here (guests Trey Anastasio and Doyle Bramhall II being the other two), elaborating on the florid solos and harmonizing duets originated by Eric Clapton and Duane Allman. While this bluesy southern rock is often emotionally peeling and piercing, my ears never complained. So, I kept coming back for more.

What’s changed with the QC 45?

The premiere choice of solace-seeking airplane travelers, Bose noise-cancelling headphones have been upstaged by upstarts better tuned for other environments. With the QC 45, Bose says it has upped its game with a re-calibrated active noise-cancelling system that also tackles “unwanted sounds in mid-range frequencies typically found in commuter trains, busy offices, and cafes.” 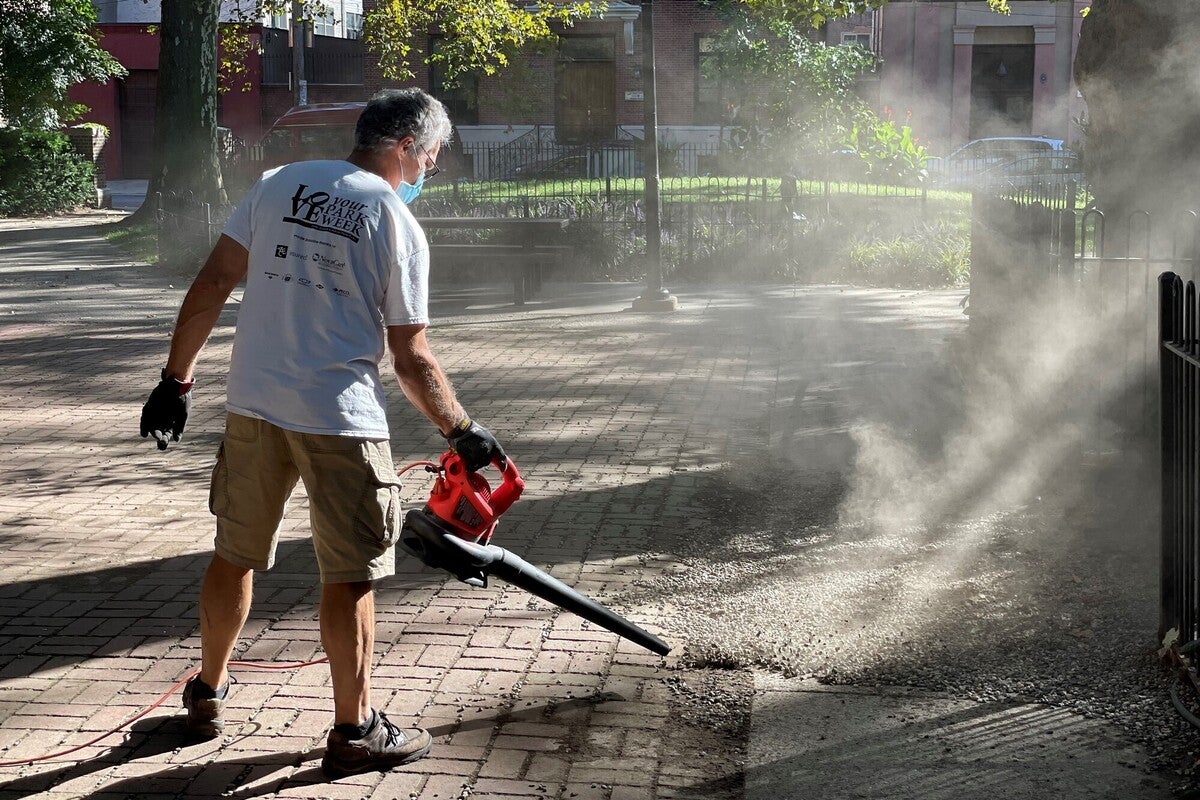 Bose engineers have also re-calibrated the onboard voice-isolation circuitry, adding another microphone and adjusting its beam-forming algorithms in an effort to better capture the user’s voice and reduce transmitted ambient noise when making or taking a call or barking orders to your connected virtual assistant (Alexa, Google Assistant, or Siri). That’s become more important in this post-COVID environment when you can be holding a business call or participating in a Zoom chat anywhere but a typical shushed office.

During my trials in a variety of settings, the QC 45 blocked extraneous noises at least a tad better than the QC 35 II. Strolling and listening to noise-cancelled music on busy city streets, I wasn’t even put off by a noisy leaf blower; was only startled out of my personal reverie by one really nasty bored-out motorcycle; and while enjoying a last summer day at an outdoor pool, the QC 45 mostly let me tune out the kids’ heavy-duty splashing and incessant shouts of “Marco!” “Polo!”

Likewise taking a lick from its rivals, the QC 45 adds a new “Aware” mode that’s intended to keep the headphone wearer connected to the world. Easily activated with the Action button on the left-hand cup, Aware works by temporarily cutting off the noise cancelling and actively importing outside environmental sounds using its onboard microphones.

But in its current state of development, I found the Aware tool to be only half awake. It’s effective at sharing external sounds and voices when music is playing at a volume level less than 30 percent, but it can’t deliver with heavier music competition. So, could you please work a software update, Bose, applying some amplification to those miked-in outside sounds, and/or temporarily dropping the music playback level when the Action button is depressed? I know you can.

Battery run time—a core decision factor for wireless headphone shoppers—has been increased to 24 hours (from 20 prior) on these new Bose babies. Even after several long listening sessions, the pleasant voice whispering in my ears (and the bar graph on the Bose Music app) was telling me I had 40 percent charge remaining. When it’s time to power up, no problem: the charging port has been redesigned to accept a near-ubiquitous USB-C cable (and pretty much any phone charger). A fill-up takes two hours, while just a 15-minute charge keeps these things going for three hours (albeit at 50-percent volume).

Product tooling is likewise familiar, but subtly altered in the Bose QC 45: Slimmer gaps between side parts and smoothed-out (no longer puckered) vegan leather now wraps the very comfy ear cups and headband. Color options, both matte finishes, are Triple Black and White Smoke, the latter of which my gal pal, after trying them on, cautioned might not be practical for a woman who colors her hair and wears makeup. The carrying case supplied to stash these neatly foldable things (and their accessory cables) is just as compact as before and even a couple millimeters thinner. Bose tells me it presently has no plans to offer a version with custom-colored components, as was possible with the QC 35 II.

On the comfort side of the equation, the new headset grips my noggin with just the right amount of tension, remaining comfortable over extended wear periods and barely squeezing the arms of my reading glasses into my temples.

And praise be, Bose, for not eliminating the physical buttons on the right ear cup for power, Bluetooth pairing, volume, play, pause, track skip and call answering. While today’s more fashionable headphone alternative—an unmarked, smooth, touch-sensitive control panel—enhances the appearance of both Sony’s and Bose’s top-of-the-line models (the Sony WH-1000XM4 and the Bose Noise Canceling Headphones 700), I find those invisible controls confusing and iffy to operate. They drive me nuts, frankly; well, nuttier than I already am.

In the end, having tactile controls I could readily deal with on the fly was the deciding factor that finally put the QC 45 back in the noise-cancelling winner’s circle for me; ‘cause if they’re not easy to use, you’re less likely to use them.

Videos that are forgotten cannot be published on YouTube

You Can Now Remove Followers on Twitter Without Soft Blocking Them

Instagram Testing Feature to Alert Users When It Goes Down