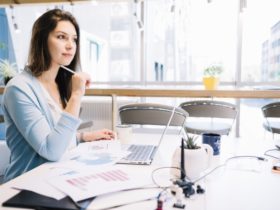 How To Prepare For A New Job

An Israeli judge this week ruled that Jews will now be allowed to pray “peacefully” on the grounds of the holy Al-Aqsa Mosque in Jerusalem. The Palestinians are outraged by the verdict. Anger is spreading in the Muslim world as well. Khabar Al-Jazeera and AFP.

The Aqsa Mosque or Baitul Muqaddas is considered to be the third holiest place for Muslims around the world. And to the Jews it is known as the Temple Mount. They also consider it as one of their holy places. This holy mosque is at the root of the year-on-year Israeli-Palestinian conflict. Its location is in Israeli-occupied East Jerusalem.

Judge Bilha Yahlom of Jerusalem’s Magistrates’ Court on Tuesday ordered Jews to pray in the mosque. The Waqf Islamic Affairs Council, which oversees the mosque, called the order an illegal incitement. And Palestinian Prime Minister Mohammed Shatayah has warned Israel against any move to force its way into the mosque.

The Israeli police have appealed the ruling, fearing that the court’s decision could lead to a dire situation. The verdict was handed down on Tuesday in response to a petition filed by a Jewish scholar named Arya Lippo.

Local Palestinians clashed with extremist Jews in the mosque compound last May over Israeli efforts to evict some Palestinian families from areas near al-Aqsa. Later, Israeli forces carried out air strikes on Gaza for 11 consecutive days. Many Palestinian civilians were killed in the attack.

Muslim leaders have unanimously condemned the Israeli court’s ruling. Al-Aqsa director Sheikh Omar al-Kiswani told AFP: “Allowing Jews to pray is a kind of provocation and will destroy Al-Aqsa’s sanctity.” “Because we do not recognize Israeli law on al-Aqsa.”

Egypt has rejected the court’s ruling, calling it a violation of the law. At the same time, the country has expressed deep concern about the consequences.

Abdullah Kanan, an official with Jordan’s Royal Committee on Jerusalem, rejected the order, calling it an attack on al-Aqsa. Jordan’s state news agency Petra reported that Abdullah Kanan had vowed to strongly oppose the court’s ruling against the Palestinian people and the sanctity of al-Aqsa.

The Organization of Islamic Cooperation (OIC), the global alliance of Muslim countries, has strongly condemned the decision of the so-called “Jerusalem court”.

Nassif Ismail, an elderly man who visited al-Aqsa last Thursday, said he did not agree with the decision to allow Jews to pray here. In his words, this holy mosque is a gift given to Muslims by the Creator. No one other than a Muslim has the right to pray here.

And Hamas, the ruling group in Gaza, says the move is a clear declaration of aggression and open war against al-Aqsa.