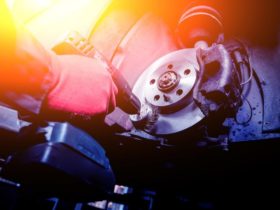 What Is Dynamic Braking? Everything You Need to Know

Of the 13 Nobel laureates this year, only one is a woman. The question is whether there is any discrimination in the case of the Nobel Prize. However, Goran Hanson, head of the Royal Swedish Academy of Sciences, who announced the award, made it clear on Monday that there was only one woman this year. Despite winning the Nobel Prize, there is no gender quota. A total of 13 people have won this year.

“The number of women Nobel laureates is very low, it’s sad,” Goran Hanson told AFP on behalf of the selection committee for the Nobel laureates. It reflects the unjust conditions of the present society as in the past and there is much more to be done. We have decided that there will be no gender or ethnic quota.

‘We want every winner to be accepted. Because, they make the most important discovery. This discovery is not due to gender or ethnicity. This is in line with the spirit of Alfred Nobel’s last wish. ”

The head of the Royal Swedish Academy of Sciences added: So we have made significant efforts to encourage the nomination of women scientists.

Hanson added, ‘In the end, we will reward those who are most deserving, those who have made the most important contributions. More women are being recognized now than in previous decades. However, this number is very low. Remember, 10 percent of the natural sciences in Western Europe or North America are women. If we go to East Asia, this number is even less.