Chris Gayle is over 42 years old. However, he is still in the West Indies T20 World Cup squad. Former West Indies fast bowler Kartley Ambrose, however, does not have Gayle’s place in the team. Gayle did not tolerate this comment of Ambrose. He has publicly washed away his predecessor. Gayle says he no longer has “any respect” for  Ambrose. Gayle has already withdrawn from the IPL to boost his morale ahead of the World Cup. Earlier, Gayle played only two matches in the UAE part of the league, scoring 15 runs. Earlier, he had scored 165 runs in 9 matches in CPL at an average of 18.33. Ambrose reminded that Gayle’s performance in the last 18 months was not right.

Gayle has played in 17 international Twenty20s for the West Indies since the beginning of 2020. He has batted at an average of 16.48 and a strike rate of 117.61, making just one fifty. Although Gayle still has the potential to take the world by storm, Ambrose recently told a radio station in Barbados that he was not an “automatic choice” in the team, and that he had not done anything in the last 18 months that would have sparked a World Cup. That’s why Gayle’s name won’t automatically come to me in the starting XI. If you look at the last 18 months, you will see that he has suffered not only in West Indies, but also in franchise based leagues. Gayle didn’t do anything like that in the matches we played at home. ‘ 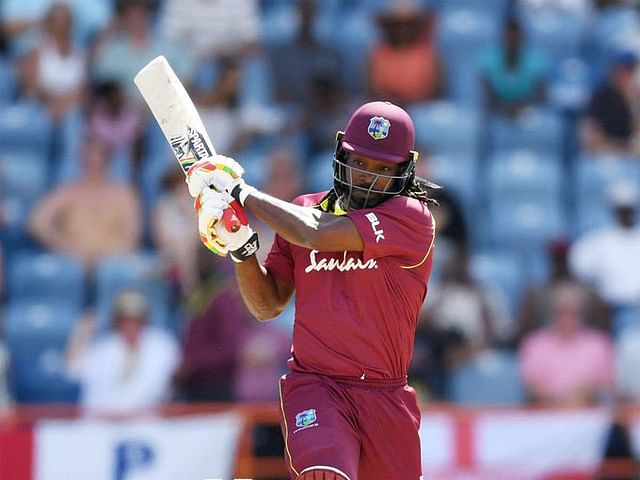 Such criticism of Ambrose has heated up Gayle. “I’m talking about Kartley Ambrose,” Gayle told a radio station in St. Kitts. I am talking about one of you, Cartley Ambrose, separately. When I came to the first team, I had respect for him. I used to follow this guy when I joined the team. But now I’m saying from the heart, I know why he has been against Chris Gayle since he retired. I don’t know if he wants to get attention by saying all the negative things in the media; But he is getting the attention. I am giving him what he needs. ‘

“I’m telling you personally,” Gayle warned, adding that “Universe Boss” would not bother to say anything disrespectful in the face of negative talk. Let him know, Universe boss Chris Gayle has no respect for Kartley Ambrose. Everything is over with him. As soon as I see him, I will tell him, don’t be so negative, support the team before the World Cup. ‘

The West Indies are the only team to have won the T20 World Cup more than once. Gayle was part of the champion team in 2012 and 2016. Their goal is to win the title again, Gayle reminded them, ‘We have won the title twice, we will go down to win the third time. The team saw what was happening. It can affect the team. As a result, I will not listen to senior cricketers. Kartley Ambrose, do your job a little better, how? Support the West Indies. That’s the thing about supporting the West Indies. ”

Gayle said the team had been “selected” and needed the support of former cricketers. He also questioned why this would not happen in the West Indies even if former cricketers from other countries support their teams.