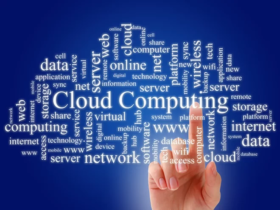 Who will win the Ballon d’Or this time?

After a long time, no one’s name can be said for sure. The award was not given last year. Otherwise it would have definitely gone to Robert Lewandowski. Lewandowski has won everything possible in 2020. Despite retaining the habit of scoring goals this season, he has run back a bit as he could not win the Champions League. And Georginio has won the Euro with the Champions League.

Lionel Messi is running as usual to win the Copa America and Copa del Rey. Meanwhile, Karim Benzema has won the League of Nations for France after a great season at Real Madrid. Among so many names, the name of Cristiano Ronaldo is not rising that way this time. But Sir Alex Ferguson’s idea is that this time Ballon d’Or or Ronaldo deserves it.

Today’s Ronaldo is made by his hands. Ronaldo returned to Manchester United a few days ago, scoring again for the team. Ferguson will play the drums for his dear student – this is normal. A few days ago, the legendary coach of United said, “Cristiano deserves it. He has broken record after record this year.”

Ferguson’s argument is not wrong. This week, Ronaldo scored his 57th hat-trick of his career. His hat-trick against Luxembourg was his tenth hat-trick in the Portuguese jersey. No other footballer has hit a double digit hat-trick at the international level. Ronaldo overtook Messi and Frank Ribery in the 2013 Ballon d’Or polls, scoring a hat-trick in a crucial World Cup qualifier against Sweden.

Ballon d’Or will be released on November 29. So Ronaldo’s record can have a new effect on the minds of voters. Ferguson may be hoping for that. Ronaldo himself is raising expectations. “I promise I will always want more,” he said after the Luxembourg match. It’s in me, it’s my DNA. We should never be complacent, we should never give up and we always want to rise higher.

Ronaldo is now the top scorer in international football. Ronaldo is now the highest goal scorer in professional football. Both records have been broken this year. The Portuguese star has also become the top scorer in the Euros this year. He also holds the record for most international matches. As a result, when Ferguson said that Ronaldo was breaking record after record, he was not wrong. However, these records are the records of achievement throughout his career.

Ballon d’Or is a measure of success in a given year. And this time from there, only the Italian Cup in Ronaldo’s book. He is also the highest scorer in Serie A and Euro. With this, Ronaldo can beat Messi, Lewandowski, Georgino or Benzema?